Small scale grouting with mixing barrel and blade machine can be used together or separately. There are grout mixers and mixers with different displacements. Power transmission is mainly divided into electricity and diesel. Of course, you can customize it as needed. 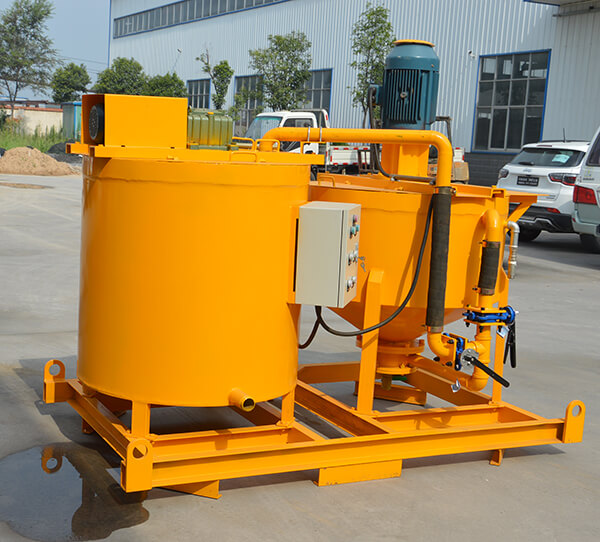 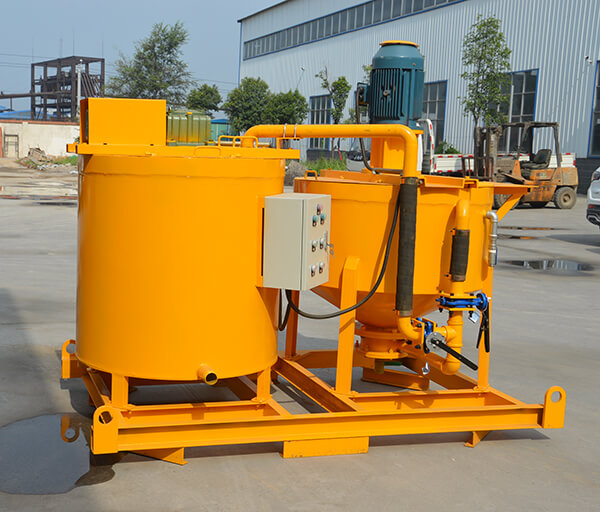 Principle of operation: The motor drives a high speed turbo pump. The slurry is sucked into the vortex from the bottom and expelled from the top of the barrel, creating a fast flow of liquid. Due to the strong eddy currents generated in the barrel, the dry powder and water are mixed perfectly and evenly, achieving the goal of preparing a lower water adhesive than the slurry. 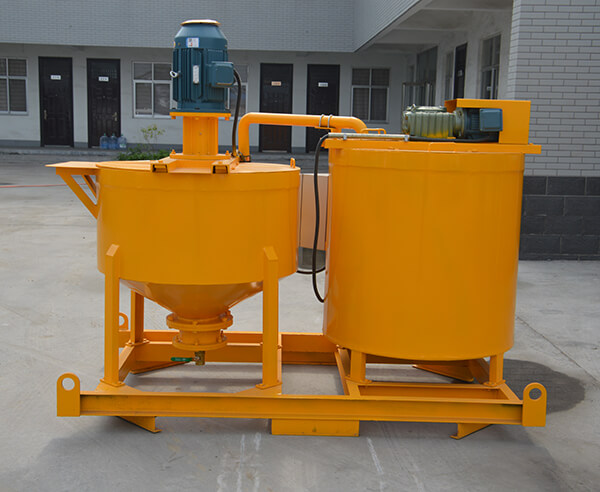 In addition, there are grouting with mixing barrel and blade machine . These are a combination of grouting with mixing barrel and blade machine designed for continuous cement mixing and grout injection in above-ground / underground work. The mixing system is designed to provide continuous mixing operations. It consists of a cylindrical mixing tank made of steel plate, a sturdy slurry pump, and a mixing tank mounted on a sturdy chassis. Water, cement and bentonite are mixed by a fast vortex generated by a special pump. When the mixing process is complete, transfer the mixture to a blender. A slow stirring paddle prevents the slurry from settling out of the suspension and removes air bubbles in the mixture. The mixer and agitator are switched by a butterfly valve.

We are a grout equipment factory where you can customize the grouting with mixing barrel and blade machine. welcome your inquiry, we will answer your question in detail.Email:sales@wodetec.com